A Summer Festival of LEGO Sets for Music Fans

Everyone loves a British summer festival. You can’t beat queuing up for warm, overpriced drinks as you watch out for rain and the threat of mud. You probably forgot your poncho, but everything is forgotten when your favourite band hits the stage.

LEGO enthusiasts can combine their love of music with a variety of new and existing sets to satisfy their inner Rock n’ Roll, Pop or Jazz star. With LEGO Ideas, LEGO Art and LEGO BrickHeadz all on the bill, collectors can easily find something to add a bit of hip culture to their homes. 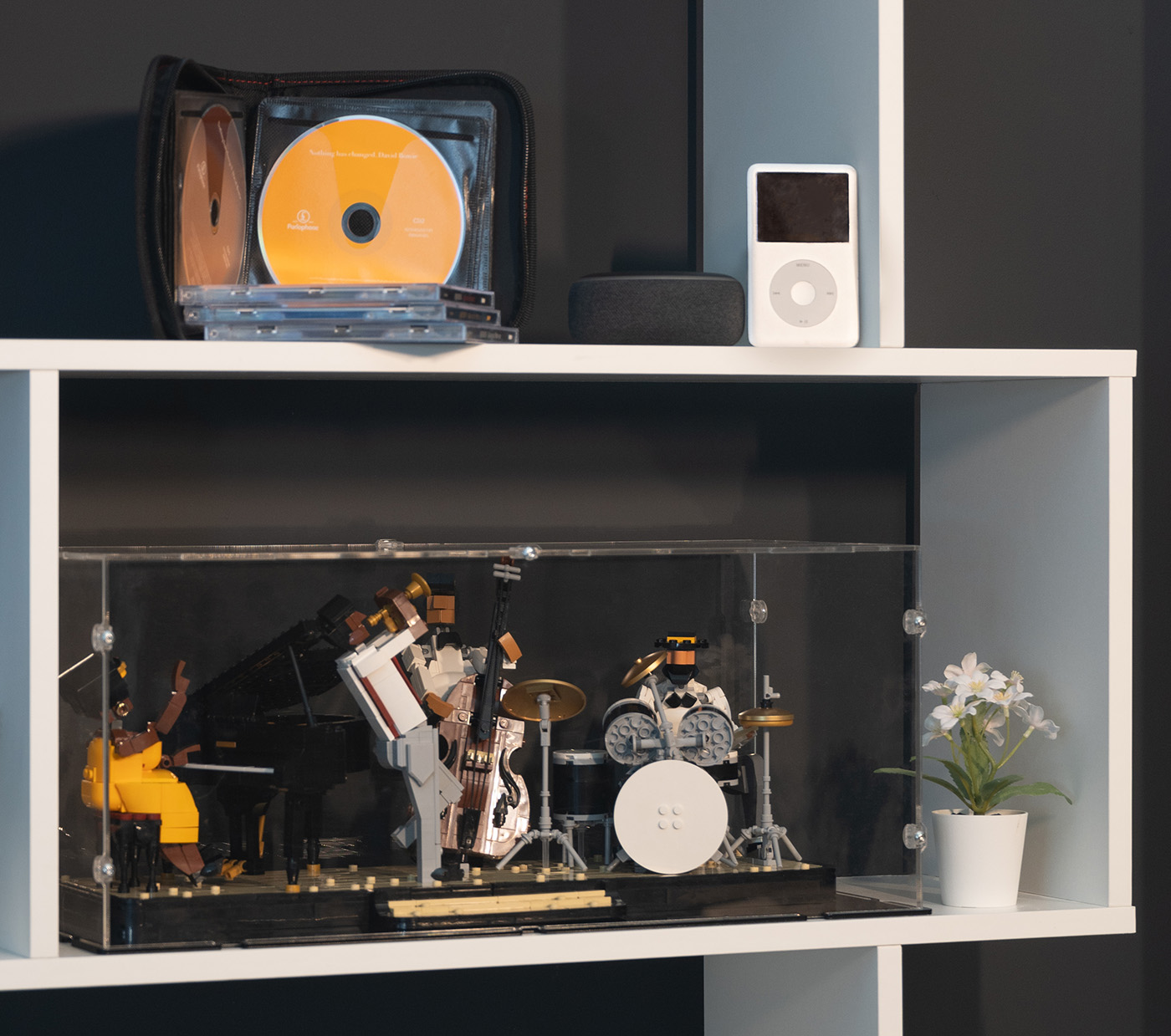 “Life is a lot like jazz... it's best when you improvise.” – George Gershwin

We’ve tried displaying this groovy set in a whole range of places, and it fits perfectly onto most shelves and desks around the house.

The set especially sets the tone when displayed alongside your CD or Vinyl collection, or in pride of place next to your instruments when you feel like hitting some riffs on the guitar or laying down a beat on the drums.

Check out the iDisplayit high-quality acrylic Jazz Quartet Display Case for an ideal protective solution when keeping the model on show. 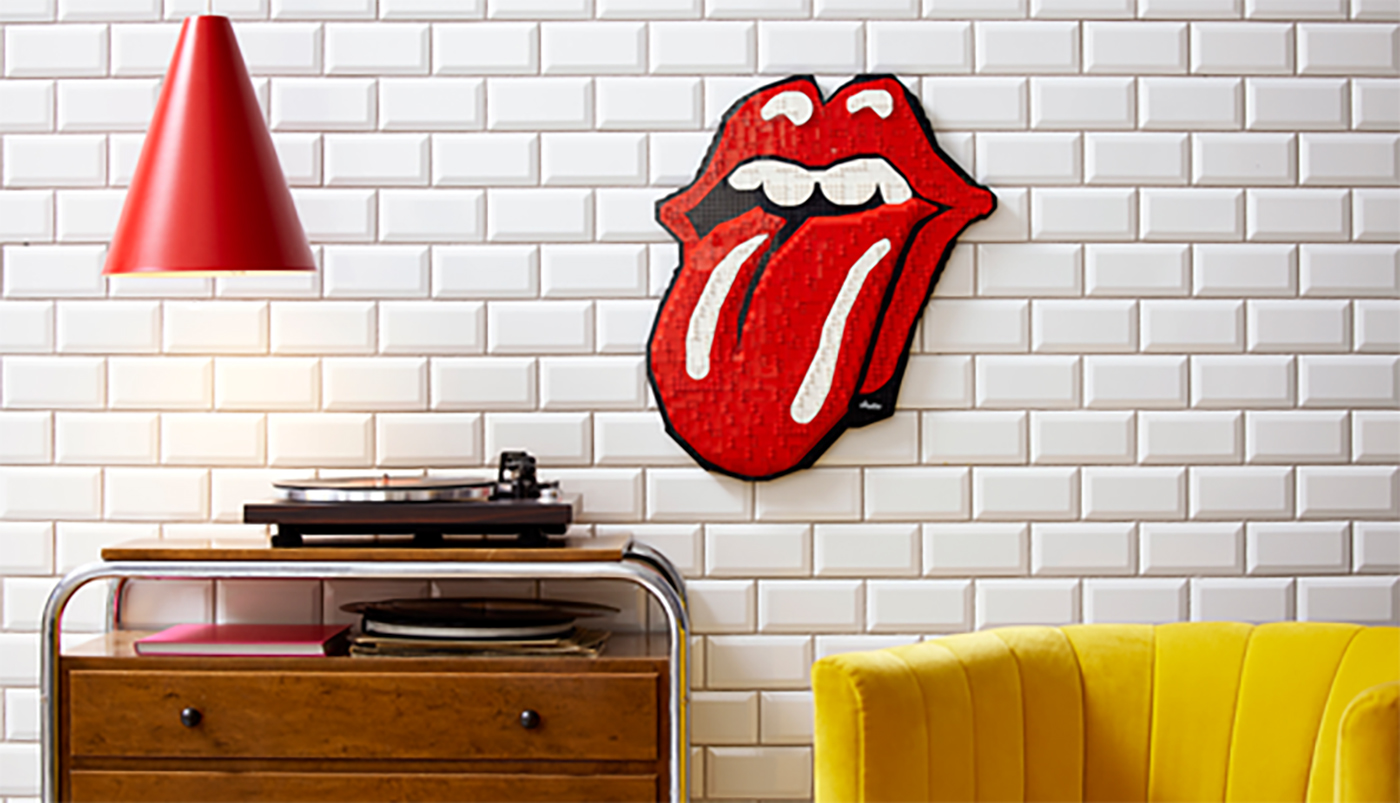 “I see a red door and I want it painted black.” – The Rolling Stones

The iconic red tongue logo from British rock pioneers The Rolling Stones can now be assembled in brick-built form from 1,998 LEGO pieces.

This newly released set looks fantastic on the living room wall and would make a great present for any Stones fans, regardless of whether they are big LEGO collectors or not. Why not grab one for that next birthday or Christmas gift?

The made-for-display set has been released to coincide with the band’s 60th anniversary. To date, The Rolling Stones have eight Number 1 singles and twelve Number 1 albums to their name. Now you can celebrate one of rock & roll’s true icons with this LEGO Art set.

If you really want your LEGO artwork to stand out in the room, iDisplayit is soon to be releasing a wall-mounted case exclusively for this 31206 set.

The Rolling Stones (31206) can be purchased through the UK LEGO store or the US LEGO store. 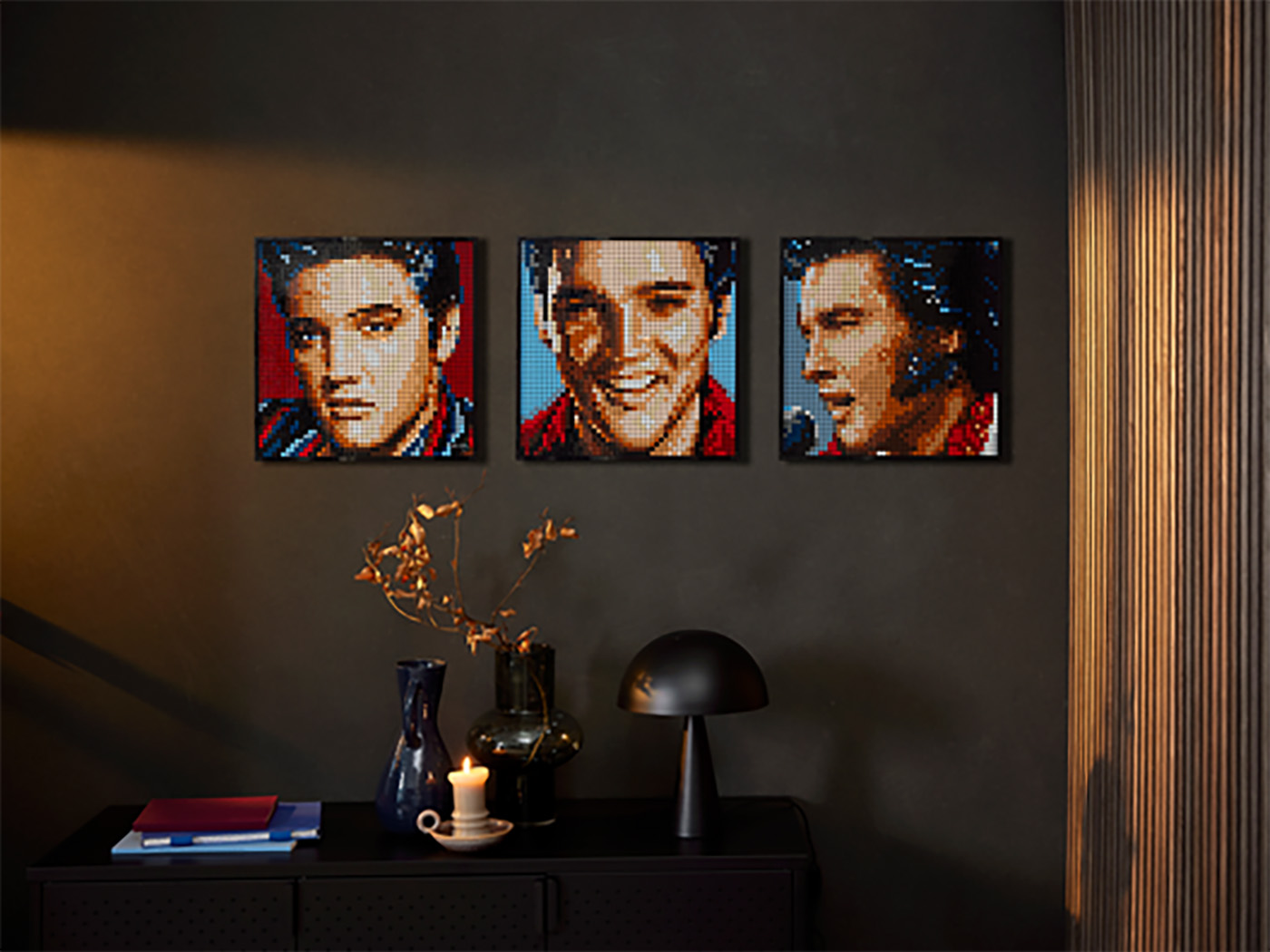 “Rhythm is something you either have or don't have, but when you have it,
you have it all over.” – Elvis Presley

Elvis Presley “The King” (31204) gives LEGO enthusiasts the chance to recreate one of three legendary pictures of the king of rock and roll. Interest in this set has never been higher following the recent release of Elvis, Baz Luhrmann’s critically acclaimed film based on the musician’s life.

The brick texture of the finished set can easily pick up dust and other contaminants while on display, so be sure to pick up the iDisplayit LEGO Art 1 Acrylic Cover to keep the frame protected while hanging on your wall.

“Spice Girls is about unifying the world – every age, every gender, everyone.
It’s woman power, it’s an essence, a tribe.” – Geri Halliwell

I'll tell you what I want, what I really, really want – a Spice Girls LEGO set!

The Spice Girls Tribute (40548) introduces some 90’s girl power to the LEGO BrickHeadz range and is a fun, colourful set for the pop band aficionado. It also looks great in bedrooms and around the house when you want to spice up your decor.

Baby Spice, Posh Spice, Sporty Spice, Scary Spice and Ginger Spice are all included in the set, each with their own signature fashion colour scheme. 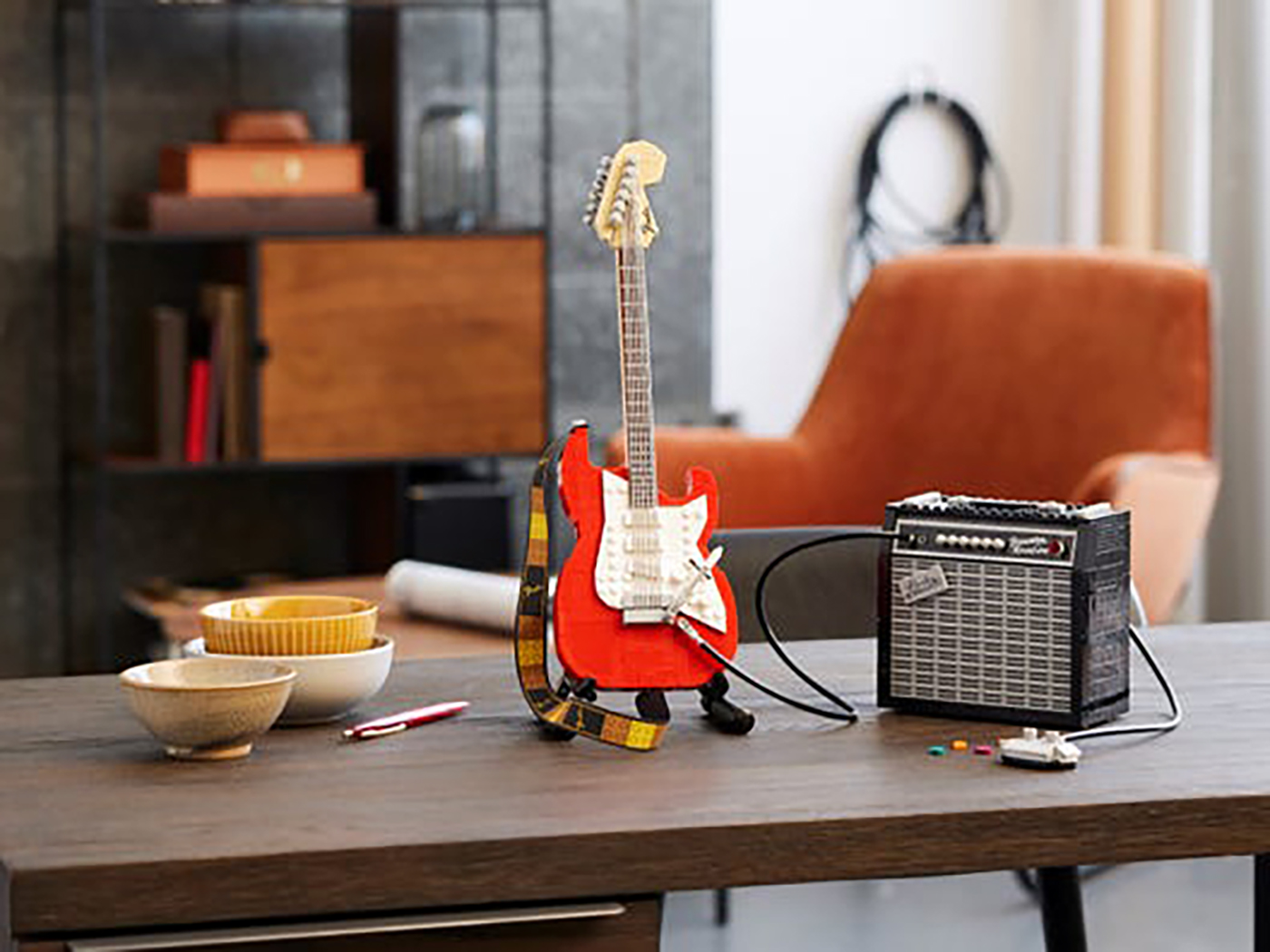 “The Stratocaster is like the Rolls-Royce. It can never be surpassed.” – Dick Dale

Plug in, tune up and crank up the amp to eleven…

Guitarists, shredders and LEGO fans will love this brick recreation of the legendary 1956 Fender Stratocaster, made famous by Hank Marvin along with other six-string heroes such as Buddy Holly, Eric Clapton, Jimi Hendrix, and Stevie Ray Vaughan.

The instrument includes a guitar stand and textile strap and even plugs into its own replica 65 Princeton Reverb amplifier. We love the attention to detail in this piece, which faithfully recreates this cool instrument.

The set was chosen as part of the fan entry LEGO Ideas ‘Music to our Ears’ contest and beat nine other top entries to become the next official LEGO set released.

Grab the LEGO Ideas Fender Stratocaster (21329) on the UK store or US store today.

You can also display the set in even more glamorously by purchasing the iDisplayit Fender Stratocaster Display Case to protect the set from damage or dust.