Will LEGO Retire the Disney Castle?

For children all over the world, the dream of visiting Walt Disney World and seeing the towering Cinderella Castle is about as magical as life can get. Plenty of adults are also still spellbound by the iconic castle, especially as it was featured on so many film logos during the golden age of Disney cinema. It is an instantly recognisable silhouette and a distinctive piece of Disney history.

On 1st September 2016, LEGO released their own long-awaited brick-built version of the fantasy castle, providing collectors with the opportunity to construct the famous building in creative play form.

While nothing has been officially confirmed yet, there are plenty of rumours from reliable sources that LEGO will retire the Disney Castle set at the end of this year. With that in mind, let’s take a last look at the impressive set while it’s still available. 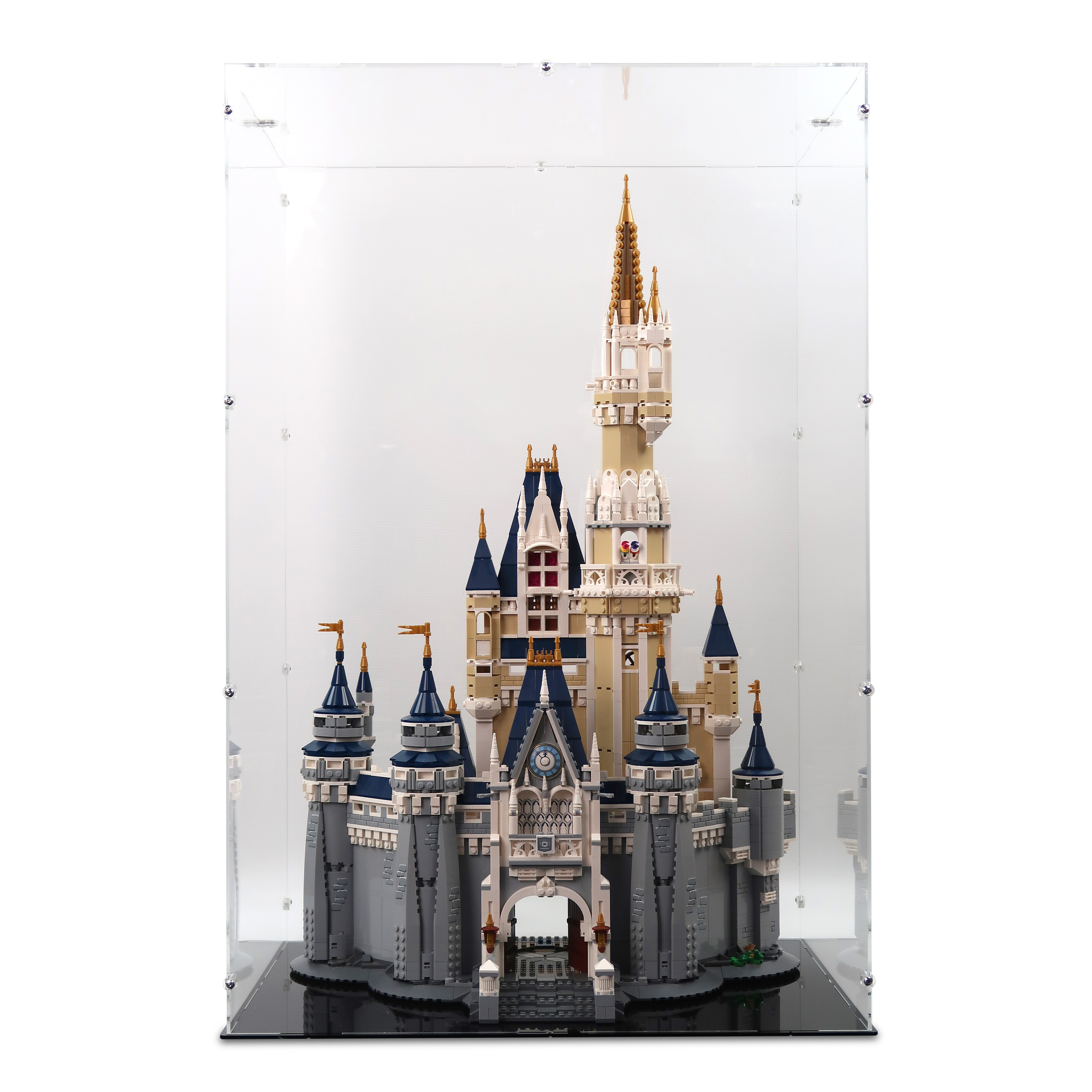 Is The LEGO Disney Castle Worth Buying?

With over 4,000 brick pieces, the LEGO Walt Disney World Castle (71040) is a great purchase for any Disney fan looking for something enjoyable to build that stands out while on display. The façade perfectly recreates the Walt Disney World Resort Cinderella Castle, with room for Mickey Mouse, Minnie Mouse, Daisy Duck, Donald Duck and Tinkerbell to keep watch from the golden towers and grey battlements or stand guard next to the dark wooden gate.

The exterior includes added details we love, such as the clock, Georgian windows, lamps and a gilded spire. Eagle-eyed collectors will notice that the time shown on the clock is dangerously close to midnight, breaking the spell the Fairy Godmother puts on Cinderella. Two frogs can also be seen at the foot of the wall, referencing the fairy tale and Disney film The Princess and the Frog. 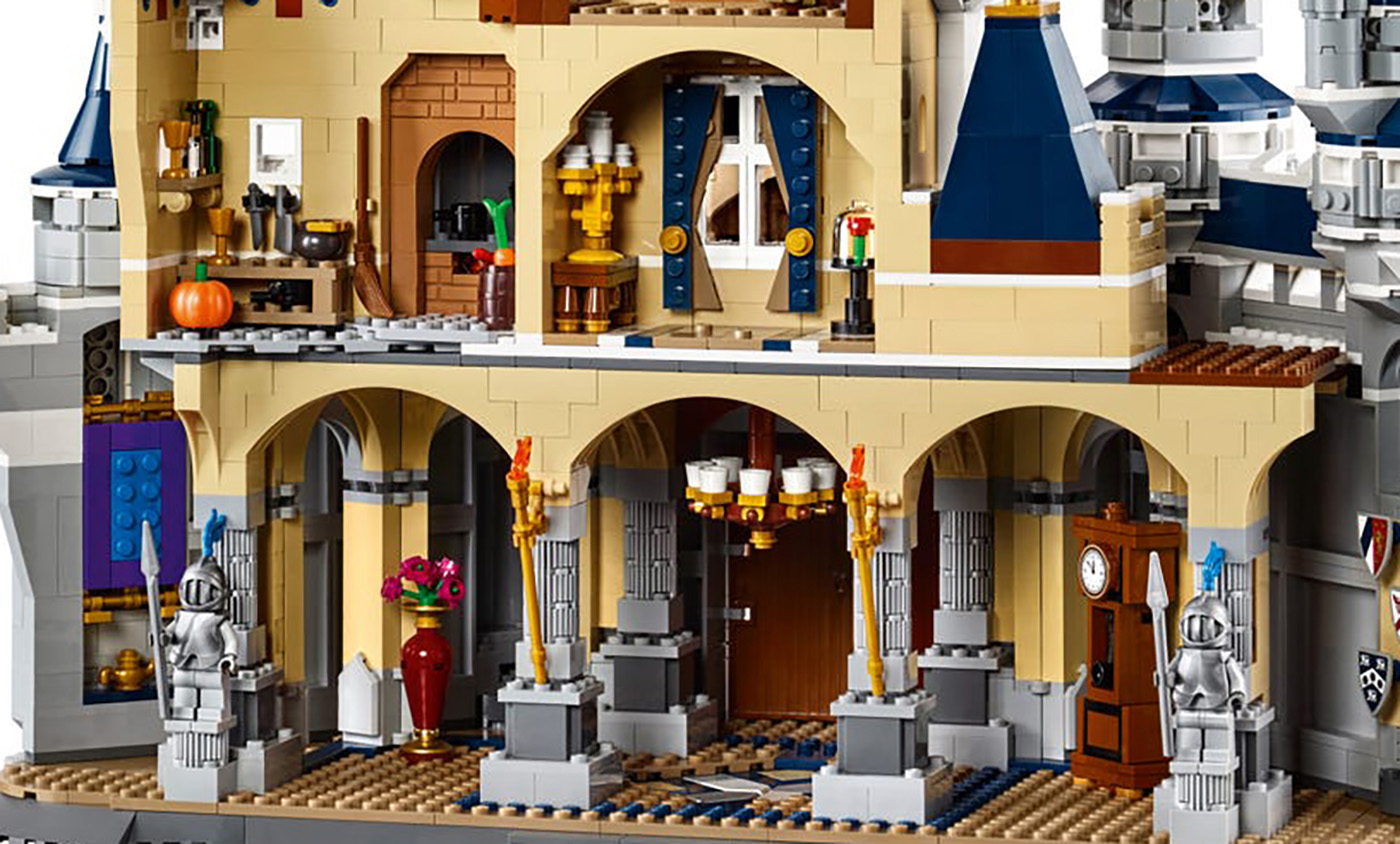 What’s Inside The LEGO Disney Castle?

The interior comprises several rooms with plenty of references to all the Disney films you can think of. Starting with the hallway, collectors can spot the magic carpet from Aladdin hanging on the wall, along with several knight status and a grandfather clock, reminiscent of Beauty and the Beast. There are other references to Beauty and the Beast upstairs, with a familiar yellow candelabra… and an enchanted rose beneath a glass cloche.

Our favourite references include the enchanted mirror from Disney’s first animated film Snow White and the Seven Dwarfs and Mickey’s wizard hat from Fantasia. Each room is stuffed with trinkets, furniture and decals, which really bring this set to life.

How Big Is The LEGO Disney Castle?

While far from small in stature, the set looks epic when displayed in any Disney aficionado’s collection. 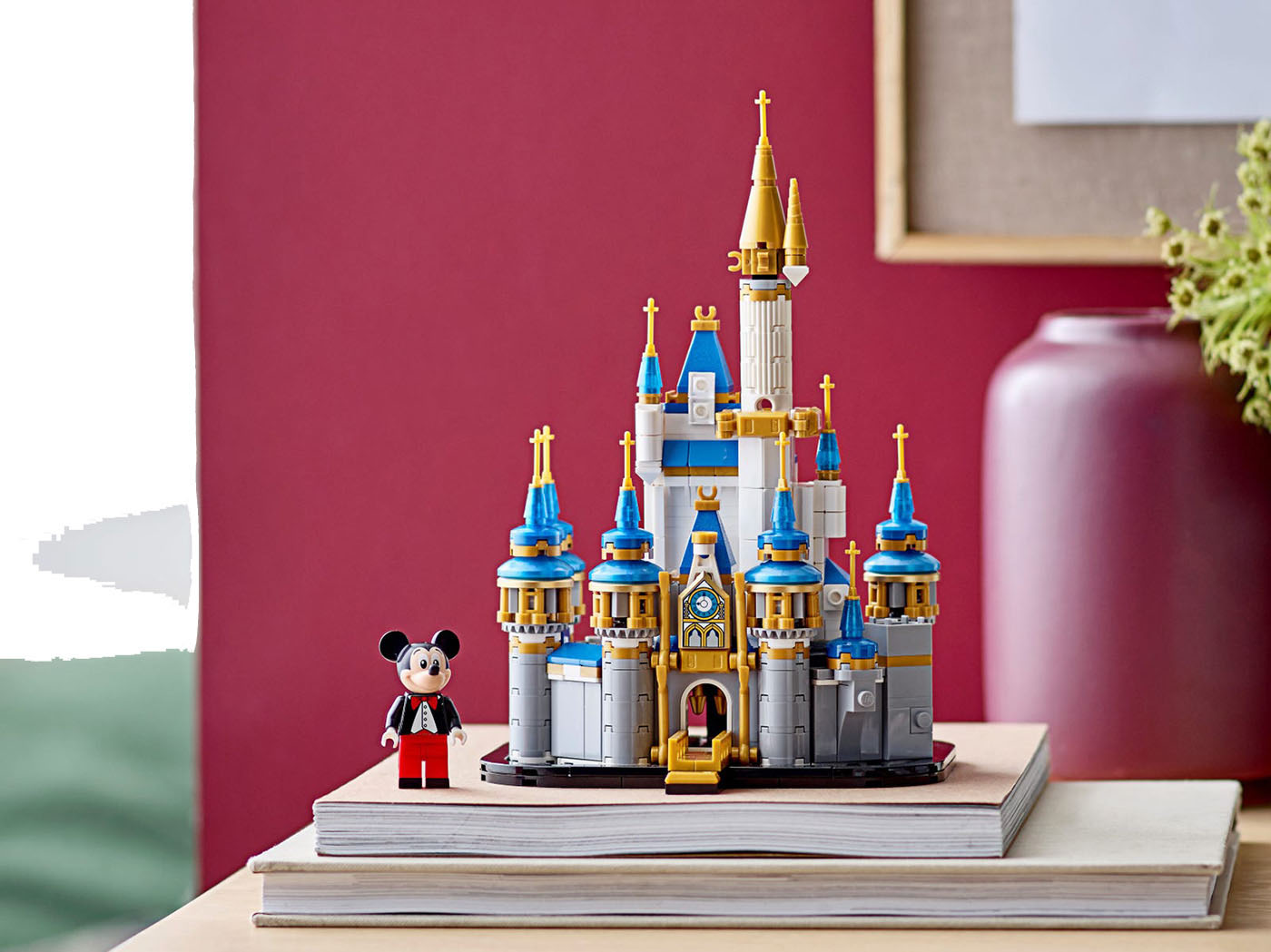 Is There A New LEGO Disney Castle?

On October 1st, 2021, LEGO released a Mini Disney Castle (40478) to coincide with Walt Disney World Resort’s 50th anniversary, providing a smaller, more affordable option for collectors at £30.99. This nifty set still looks great, with a golden blue colour scheme and the attention to detail in the pearlised towers and opalescent rooftop cones. It also includes a Mickey Mouse Minifigure.

The Mini Disney Castle is also available on the US store for $39.99. 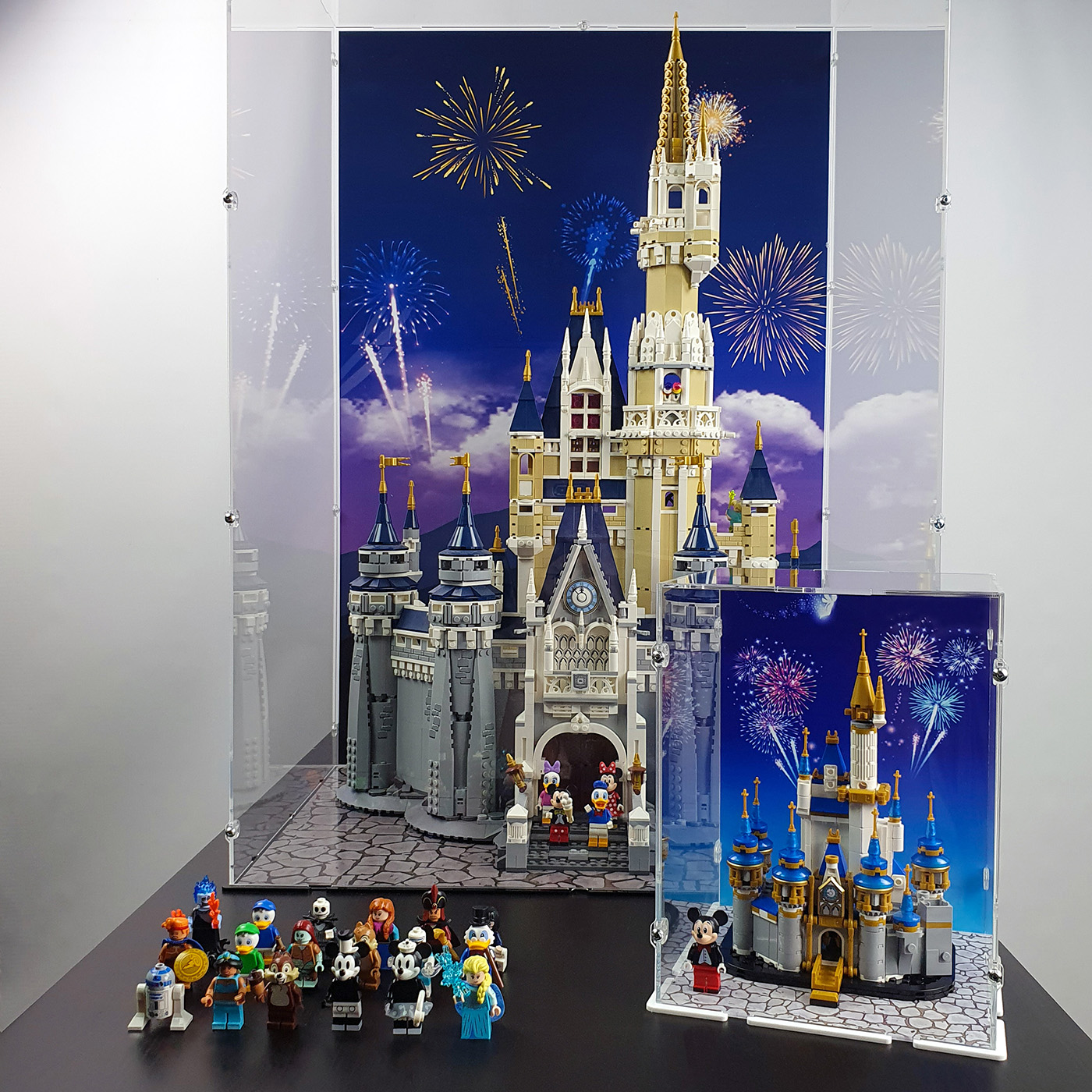 If you are willing to spend time and money constructing the ambitious LEGO Cinderella Disney Castle, you will want to display it elegantly. Protecting the brick model from dust and environmental damage such as knocks and spills is also essential.

The iDisplayit custom presentation case made from high-quality 3mm thick translucent acrylic lets you showcase the set at any angle and is the ideal option for storage and display in your home interior or as part of a more extensive collection. Each display case is sent out flat-packed to anywhere in the world with easy instructions for assembly using our unique screw fittings.

The LEGO Disney Castle premium display case can be enhanced even further, with a vinyl background and floor showing a firework display and cobbled courtyard texture. We also have the same option available for the Mini Disney Castle set.

Check out the image above to see how these enchanting additions lift the visual aesthetic of the sprawling fairy-tale citadel.