Countdown To Christmas With These LEGO Advent Calendars You may still think you have all the time in the world before Christmas this year, though, with the 1st of December fast approaching, the countdown is about to ramp up. Grinches will awaken, elves will rush about making toys, reindeer will start training for Christmas Eve, and Father Christmas will begin consulting his list.

Advent is the traditional season of the liturgical year dedicated to expectant waiting and preparation. You might consider forgoing the usual, tired chocolate advent calendar you usually buy by looking at these fresh offerings from LEGO from everyone’s favourite sagas: Star Wars, Harry Potter and Marvel.

At the time of writing, you can also get each LEGO advent calendar at a reduced price at Zavvi with free postage using discount code ADVENT. Links below…

This is a great early gift for the Star Wars fan in your life. Each day they will receive a favourite character, droid or mini-build, all from the Skywalker Saga films. The calendar art shows the forest moon of Endor covered in snow, an AT-AT wearing a Christmas hat, and C-3PO and Darth Vader building a snowman.

Set additions such as the Hoth turret gun and sensor array would make great additions to a diorama, and we can’t resist Darth Vader in snow shoes and an anti-seasonal holiday T-shirt. Bah, humbug!

Few things feel more Christmassy than Harry Potter. With this set, fans can raid Dumbledore’s office for a daily gift.

What makes this one extra fun is that the toys integrate every three consecutive days to form a memorable scene from one of the films. On Christmas Eve, these combine to form part of a playable bonus game on the board.

Guardians of the Galaxy Advent Calendar 76231

Fans of Marvel Studio’s Guardians of the Galaxy will love this one, packed with minifigures, surprises and mini-builds.

We think the calendar artwork looks a bit boring compared to the others, though it is undoubtedly on-theme. 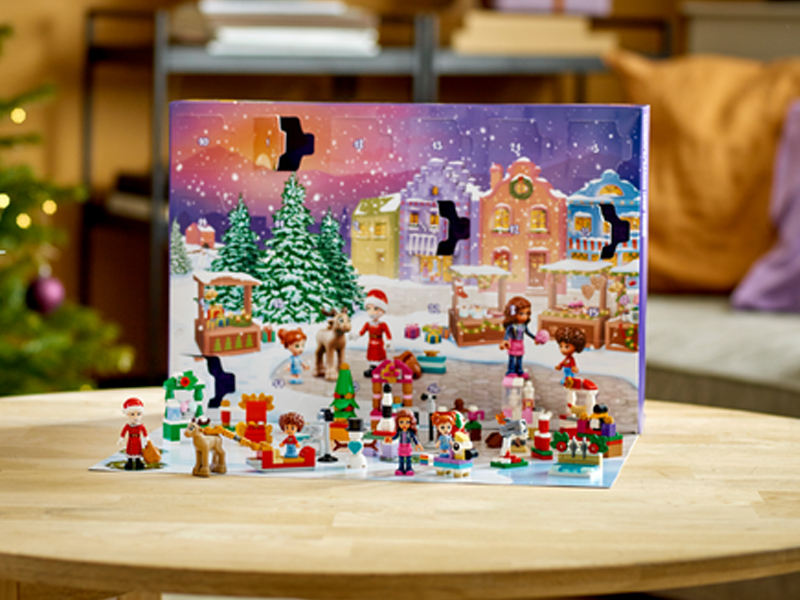 This is a great set for kids, with 24 festive gifts from the recently relaunched Friends brand. The background is also suitably Christmassy, with snow, pine trees and a jolly marketplace on show.

All the figures combine to form a seasonal story or can be used on the Christmas tree as extra decorations! 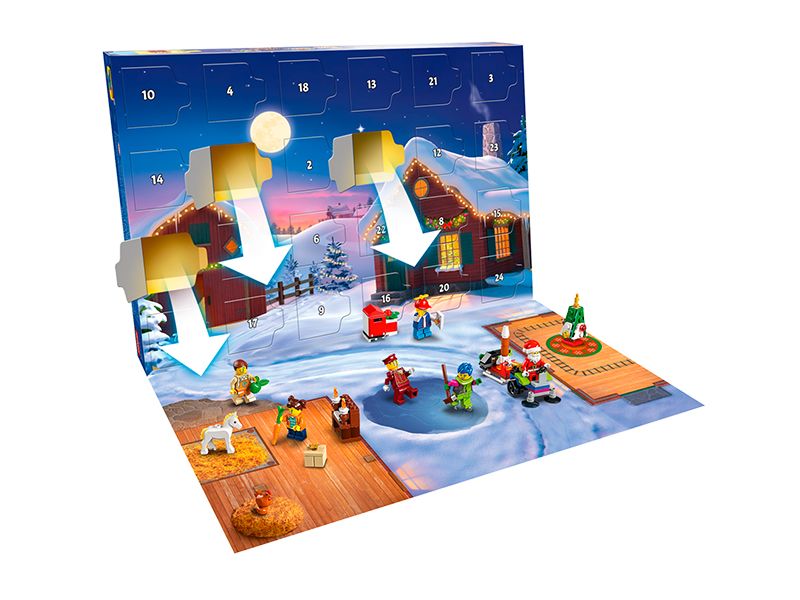 The background on the LEGO City set also looks very seasonal, with a warm glow in the windows of several wooden cabins with smoking chimneys.